As one of the largest suburbs in the state of Minnesota, Bloomington can be split up into two sections, with Interstate 35W serving as the divider. Here, we will focus on the east side of the city. East Bloomington is known for being mainly a commercially developed area. As the west half of the city was the last part to be discovered by early settlers, East Bloomington has had more time to have infrastructure established within its community. Some of the many amenities include:

Mall of America: Mall of America is easily the most popular spot in the city of Bloomington, as it is recognized locally, nationally, and internationally. This mall used to be the location of the Minnesota Twins, a Major League Baseball team. This site was home to both of the team’s World Series titles, 1987 and 1991. However, the team relocated to downtown Minneapolis in 1992, and a mall was opened that same year. Today, this mall receives more than 45 million visitors annually from all over the world. Mall of America has an area of 4,870,000 sq ft, which is big enough to hold seven baseball fields. This mall is much like that of a small city, as it has hundreds of shopping stores, restaurants, the famous Legoland, Nickelodeon Universe, the largest theatre around, and a gigantic aquarium. 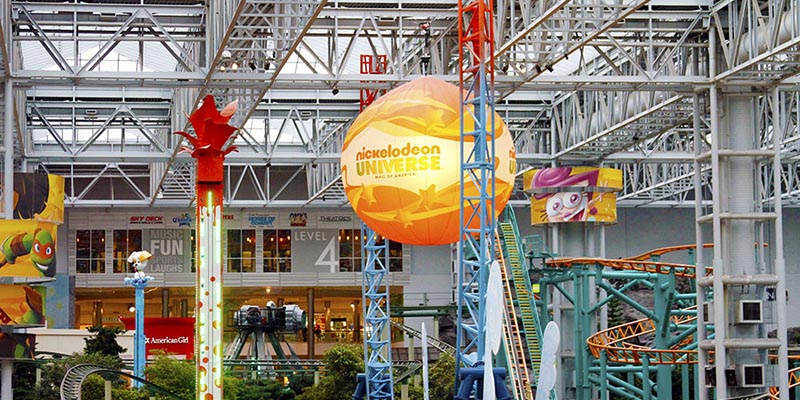 Minneapolis-Saint Paul Airport: This Twin Cities airport is just outside the limits of East Bloomington, and serves as the international airport for the state. This is the largest airport in the Midwest portion of America. Whether it’s a trip overseas to Europe, or a family vacation to Florida, the Minneapolis-Saint Paul Airport has several flights to choose from in order to fly you anywhere you want to go.

Water Park of America: With its main slide over ten stories tall, the Water Park of America is the tallest water park in the country. This park is attached to the Radisson Hotel, which is one of the most popular hotels in the area. The park features dozens of slides, a ground area full of water activities for kids, and a lazy river.

IKEA: IKEA is the world’s largest furniture retail store, and is owned by a Swedish company. This store has several levels, and the locals claim that one can easily find themselves lost in this massive maze of furniture. IKEA also contains a restaurant, allowing visitors to easily spend a day of shopping within the building.

The east side of Bloomington is highly commercial, and its residents are never at a loss of what to do. Lightrails connect residents to all parts of the Twin Cities, enabling easy accessibility for all. The city is close to all of the entertainment that you can imagine, numerous places of worship, and hundreds of shopping and dining options.

If you have any questions regarding the city of Bloomington, West Bloomington, or if you would like to sell or buy a house in the area, please feel free to visit TwinCitiesPropertyFinder.com or call 1-800-909-1953.