Bloomington, Minnesota is a part of one of the larger school districts in the state, district 271, which services an early learning school, ten elementary schools, three middle schools, and two high schools. As a result of being a large district, it has so much to offer the residents of Bloomington. Their mission states, “The Bloomington Public School District is an educational leader developing in ALL of our learners the ability to thrive in a rapidly changing world.” The staff in this district have worked very hard to provide a system that allows students to succeed from the time they enter in kindergarten, until they graduate high school.

For parents looking for their young children to be involved with learning before primary school, one of Bloomington’s early childhood centers is the ideal place. These schools serve students from birth until the age of five. They work with speech impediments, special needs, functioning, learning how to learn, and other basic early childhood needs. The main goal is to allow the youngest of Bloomington’s population to be able to thrive and grow.

There are no shortage of elementary schools to choose from in Bloomington, however, one of the best options is Ridgeview Elementary. Their mission is to create a learning environment that helps learners recognize the value of individual differences, display ethical behavior, and achieve success in their work and identify their role in a continually changing world. This elementary school is one of the top schools in the area. 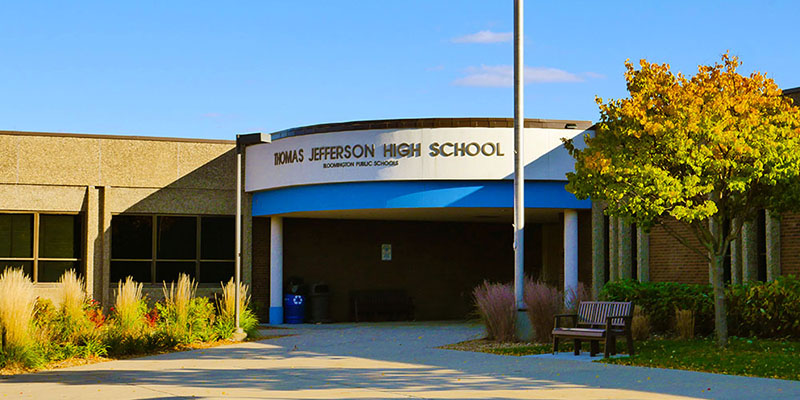 There are two high schools in Bloomington, Minnesota. Jefferson High School, which is on the west side of the city, is known for having an outstanding athletic program. The school enrolls over 1,700 students, which is part of the reason they have a good sports program. Through its 34 programs, the school has one 41 team and 14 individual titles in the last 36 years. Jefferson has no shortage of awards for academics as well. They have won the 2009-10 “National Blue Ribbon School of Excellence”, the “Senator Mark Dayton School of Excellence Award”, and the “Minnesota Academic Excellence Foundation School Spotlight Award.” Through suburb academics and athletics, Jefferson high school is a top-notch place for teenagers to develop. 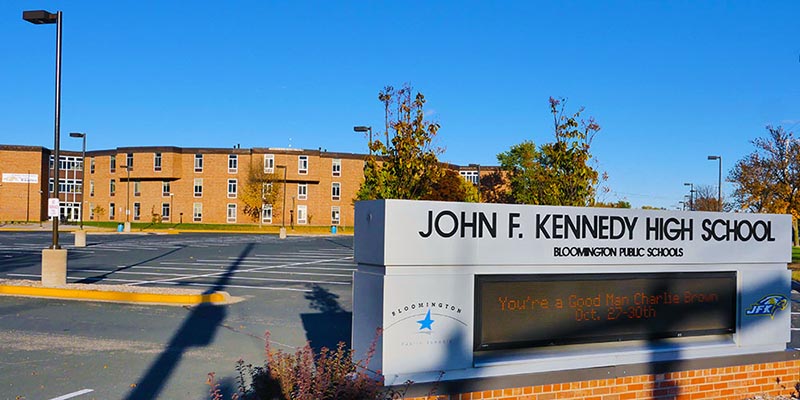 The second high school is Kennedy High School, which is on the east side of the city. Kennedy High School was established in 1965, and was the first Bloomington school to win the “National Blue Ribbon School of Excellence” in 1985. 72% of the school’s teachers have their master’s degrees. The school has provided excellent academics for many years. Kennedy also prides itself for being one of the most multicultural schools in Minnesota, as they continue to provide the best education they can for their students. 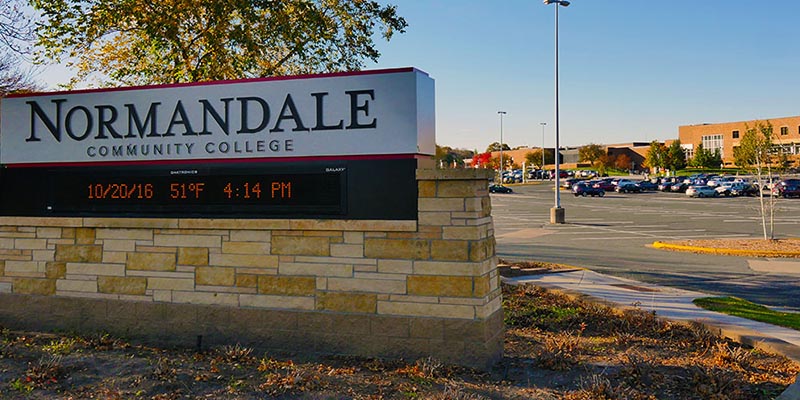 Additionally, the city is host to a local community college called Normandale. This community college has award winning programs, and provides a more affordable way for students to continue their education. This college provides thousands of students the ability to learn in a convenient and affordable way. Another local college is Rasmussen College, also located on the west side of Bloomington. Like Normandale, this school offers an affordable education to its students.

If you have any questions regarding the city of Bloomington, Minnesota, or if you would like to sell or buy a house in the area, please feel free to visit TwinCitiesPropertyFinder.com or call 1-800-909-1953.